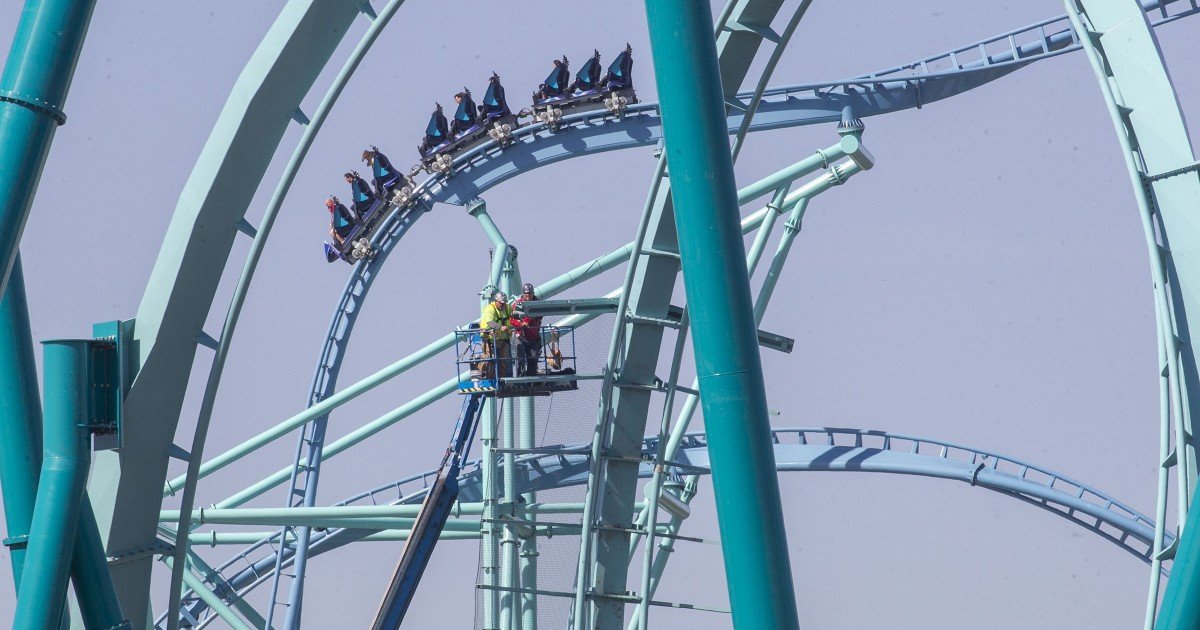 The coronavirus pandemic continues to take its toll on SeaWorld Entertainment parks, which experienced a more than 80 percent drop in attendance during the third quarter as the company saw revenue plunge by nearly $368 million.

While SeaWorld reported Thursday that it is seeing improved monthly attendance as 10 of its 12 parks reopened following the closure of its entire portfolio in mid-March, it is still taking a huge financial hit, with a net loss for the quarter reaching $79 million. Even with the parks open, capacity restrictions remain in place to guard against the spread of COVID-19, which has contributed to much reduced visitation.

During the third quarter, SeaWorld reopened three more of its parks, including the marine park in San Diego, which partially resumed operations in late August under state COVID guidelines governing zoos and aquariums. All of its rides, however, remain shut down. While the Orlando-based company does not provide attendance figures for individual parks, Interim CEO Marc Swanson noted in his morning call with analysts that current visitation in San Diego represents a “pretty significant” reduction because of the California-imposed restrictions.

“Until we’re able to open fully as a theme park — us and others in the state — that’s going to be pretty limited capacity,” said Swanson.

California amusement parks, from Disneyland and Universal Studios to Legoland, have pressed Gov. Gavin Newsom to ease reopening guidelines, which currently do not allow parks to resume operations until their home counties have reached the least restrictive COVID-19 tier, as part of California’s color-coded system for reopening. That is not likely to happen until well into next year, a concern that has prompted a coalition of large theme parks to raise the possibility of litigation.

Just this week, San Diego County learned that it could fall to the most-restrictive tier in the ranking system by next week. In a letter sent to the governor in the last week by eight California mayors, including San Diego’s, they asked Newsom to allow the parks to open up earlier, when counties are in the second least restrictive tier.

Swanson on Thursday sought to put a positive spin on the grim numbers, noting that the company’s moves to cut costs and improve liquidity “have put us in a strong position to successfully navigate the current operating environment and emerge an even stronger business when conditions normalize.”

Even as more parks opened up during the third quarter — albeit with capacity limits and reduced operating hours — total operating days were just 562, compared with 957 during the same period a year ago.

Monthly attendance declines, SeaWorld reported, have gradually softened, from an 81 percent drop in July to 48 percent in September. Those numbers excluded the Virginia and California parks, which were operating under much tougher state restrictions. The company also noted that multiple parks reached capacity limits on a number of days during the quarter and into October, the company said, a sign that demand by the public to return to theme parks appears to be returning.

A quarter earlier, the news was even bleaker, with both revenue and attendance plummeting by 96 percent during a period when all of the company’s parks were closed for most of that time.

While SeaWorld earlier this year announced that it was holding off finishing construction on major new attractions originally expected to debut this year, the company had not previously disclosed until Thursday that a new Sesame Place theme park planned for Chula Vista would be delayed a year, until 2022.

The plan to transform the existing Aquatica water park into Sesame Place, which was announced a year ago, envisioned debuting the park in 2021. Delay of the project, which is a partnership between SeaWorld and Sesame Workshop, the educational nonprofit group behind the children’s TV show and brand, will result in a penalty of $2,000 a day, Swanson said.

“I think we are very confident, though, that we can work with our partners to come to a resolution that makes sense for both of us,” Swanson said. “We’re just excited to get that park open, and I think the delay will allow us to open it when things are in a better spot in California. Right now, we can’t even really open a theme park there fully. So this delay makes a lot of sense.”

In a move to prop up its finances, SeaWorld in August closed on $500 million in high-interest corporate debt that will be due in 2025. It estimates that it burned through a net $22 million a month in cash during the quarter, which takes into account payments to vendors that had previously been deferred.

As of the end of the third quarter, SeaWorld still owed its vendors a total of $70 million, a balance that it expects to pay off by April of next year, said Interim Chief Financial Officer Elizabeth Castro Gulacsy. In June, a construction company hired to help build SeaWorld San Diego’s newest roller coaster sued the theme park for withholding $3.3 million in payments for work on the thrill ride, which is now not expected to debut until next year.

The city of San Diego also is owed money for unpaid rent on the city-owned Mission Bay site where the SeaWorld park is located. The last payment made by the park, according city records online, was in late February that covered the month of January. A revenue comparison report prepared by the city shows that between Feb. 1 and Oc. 23 of this year, lease revenue is down by more than $7.4 million compared with the previous year, reflecting unpaid rent and the months-long closure of the park.

As of Sept. 30, the park’s parent company reported it had $800 million in cash and credit on hand.

While analyst Tuna Amobi of CFRA Research saw some encouraging signs in attendance trends, he cautions that
SeaWorld faces “a very arduous recovery path that could stretch well into ’21, against a Covid-19 surge that could derail near-term visitation..”

In September, SeaWorld announced that it would be converting an unspecified number of furloughed workers to permanent layoffs due to “the sudden and unforeseeable economic impacts of the pandemic on the company’s business operations that were not reasonably foreseeable at the time of the temporary furlough.” One of the analysts during the earnings call mentioned a “head count” reduction of about 3,000 employees, but Swanson did not confirm whether that was accurate.