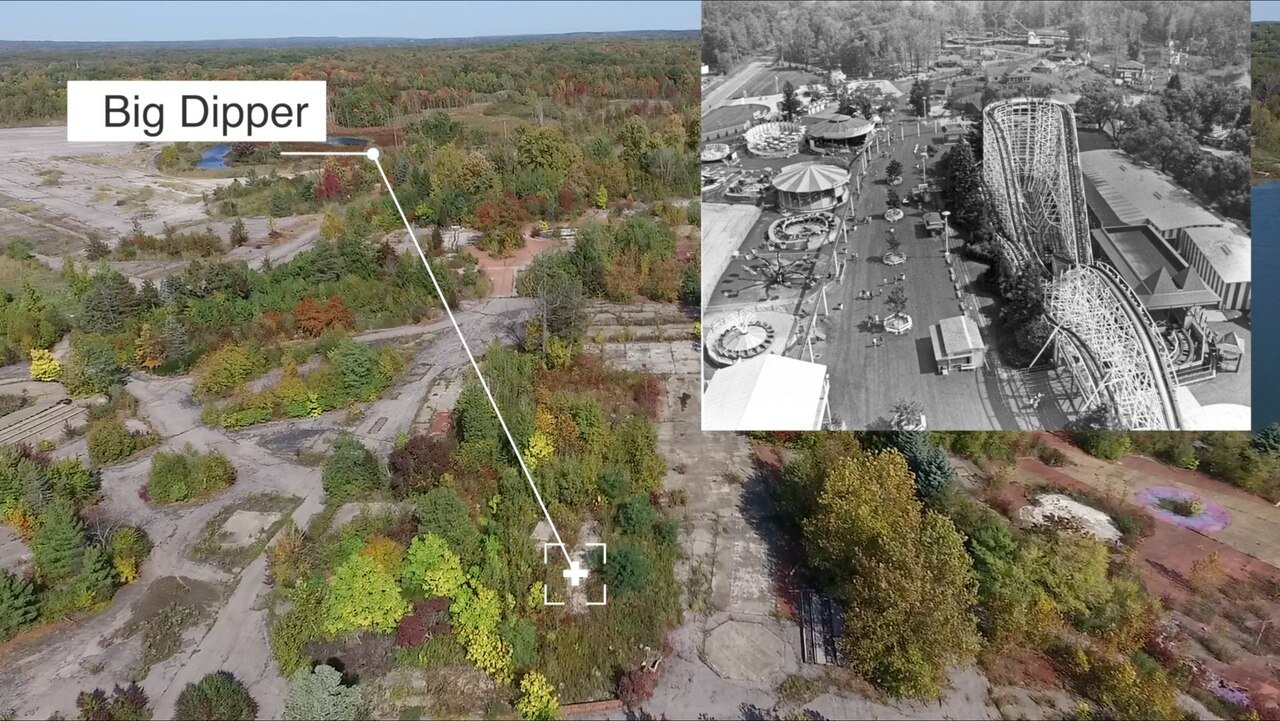 CLEVELAND, Ohio – A Solon developer bought 377 acres of property in Geauga and Portage counties that was once home to the Geauga Lake amusement park and Sea World, planning to transform the land by building homes, restaurant and retail space.

Industrial Commercial Properties bought the property — in Bainbridge Township and Aurora — from Cedar Fair for an undisclosed amount. While the sale closed on Friday, the negotiations and planning to find a suitable use for the land has been years in the making.

The developer plans to build out the area and also acknowledge what once sat on the site: a theme park that many Northeast Ohioans visited and fondly remember. Geauga Lake closed in 2007 after operating for more than a century.

The area will be dubbed “The Geauga Lake District” and will include markers that signify its history, including a roller coaster feature likely modeled after the theme park’s signature Big Dipper ride, according to Industrial Commercial Properties Chief Operating Officer Chris Salata.

In addition to the retail, restaurant and office space that could go on the property, Salata said about 300 housing units are planned. Some homes are hopefully finished by early 2022, Salata said.

Aurora Mayor Ann Womer Benjamin said of the massive property that “it’s a beautiful piece of land, and it needs to be used again.”

The developer’s master plan also calls for uniform lighting and landscaping, and improvements to the roads. The plan includes building a new Geauga Lake Boulevard, which will connect Ohio Route 43 to Depot Road and will be home to the roller coaster feature.

It also plans to highlight the 50-acre lake on site and develop about 120 acres of green space for public use. It will include a walking and biking trail, and possibly a boardwalk in the future, Salata said.

“Given the size of this lake, the fact that it’s a spring-fed lake, I think there’s going to be some really unique opportunities for us to develop a real sense of place here,” Salata said. He added that he grew up going to the amusement park.

A rendering of a portion of the plans for the former Geauga Lake site.

While plans on how the area will look are ongoing, Industrial Commercial Properties has already landed one major tenant: the Menards hardware store, according to a news release. The store will take up 22 acres and will open in early 2022.

Salata noted that hardware stores have done well during the coronavirus pandemic, even as other big-box retailers suffered.

It is the second significant development for the property. Cedar Fair, which owns the Cedar Point amusement park in Sandusky, previously sold 246 acres of the land to Pulte Homes of Atlanta. The developer plans to build 306 homes in Aurora, calling the development “Renaissance Park at Geauga Lake.” Construction began this fall.

Planning has gone on for years. Womer Benjamin and Bainbridge Township Trustee Jeff Markley said developers had come forward in the past to buy and use the site, including ones who wanted to build a new amusement park on the property.

“The reality is that never did happen, and so we’re looking at other options now,” Markley said.

Womer Benjamin, who has been Aurora’s mayor since 2014, also said some residents came to her asking for the city to own up its own theme park. Instead, she told them the city’s not in that business.

Once Industrial Commercial Properties expressed interest last year, it started working with leaders in both municipalities. It also filed a lawsuit against Bainbridge Township’s zoning board to change the zoning on the property. Markley characterized the legal action as “friendly” litigation that was a necessary part of the process, and the settlement essentially did away with zoning on the site.

Bainbridge Township and Aurora also created a Joint Economic Development District, which allows for the municipalities to share tax revenues and for Aurora to provide sewer and water services to the entire property. Both municipalities agreed on Sept. 28, and it was officially in place as of Friday. The developer was insistent on creating the district before they build on the property, Womer Benjamin said.

Under the agreement, 25% of the tax revenue goes to Bainbridge Township and the same amount goes to Aurora. Separate from that, another quarter goes to a maintenance and improvement fund administered by a new board to oversee the district. The rest goes toward supporting the infrastructure and providing the water and sewer services, Womer Benjamin said.

Industrial Commercial Properties is still courting other potential companies to open up locations within the development. Even with the coronavirus muddying the future of some retail, Markley had confidence in the developer and its plans for the site.

“They’re not going to introduce something that’s going to close in two weeks,” Markley said.