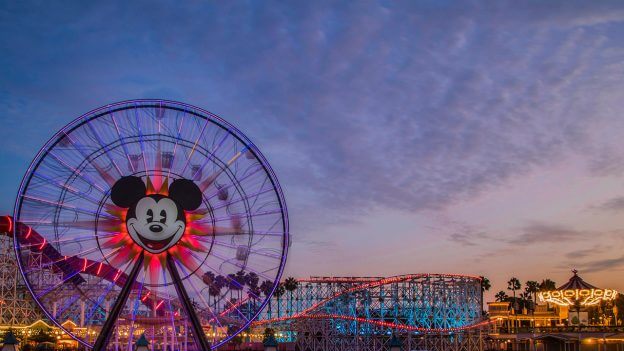 Disneyland, WDW, & Safety: Should Parks Operate in a Pandemic?

It’s been nearly eight months since Disneyland closed its theme park gates. And as the closure continues, many are left wondering: when deciding on a reopening strategy, is the benefit of reopening Disneyland worth the risk of operating the theme parks during a pandemic?

California Governor Gavin Newsom says he is using a “health-first” approach to reopening theme parks, guided by science and data. Disney says they believe in science, but they don’t want COVID-19 positivity rates to be the only data driving the decision to keep Disneyland closed. The governor believes it isn’t safe to reopen large theme parks right now, but Disney believes they have proven otherwise.

A few questions are emerging here. Is it really safe to reopen Disneyland Resort in 2020 during the coronavirus pandemic? Is it fair to want theme parks to stay closed until a COVID-19 vaccine is widely available? And can the reopening of theme parks in California be taken in a more balanced, holistic way?

Since mid-March of this year, the Disneyland Resort theme parks have been temporarily closed. And, according to California Governor Gavin Newsom’s plan for California, Disneyland and Disney California Adventure may not reopen until 2021.

In Orange County, California, Disneyland’s shopping and dining district, Downtown Disney, reopened on July 9. Disneyland and Disney California Adventure, though closed, have been “ready to reopen” since July, according to Disney executives. And in the past few months, Disney has implemented over 23,000 health and safety measures at Disneyland Resort in order to bring Guests back to the magic and bring Cast Members back to work as soon as they are allowed to do so.

Visit Anaheim President and CEO Jay Burress noted that Disney is the “gold standard” when it comes to safety:

“I’ve said it to many people: they are the gold standard. I went to Downtown Disney, I went through the process — I went there three or four times — and through the screening and the temperature check. All of the protocols that are in place — you know, with the washing stations — and the protocol at the restaurants and in our restaurants locally with the outdoor dining, and all the cleaning programs that are in place.”

Disney has reiterated that they are advocating for science and collaboration when it comes to reopening their parks. Disneyland Resort President Ken Potrock shared that Disney absolutely does “believe in science” and “looking at case numbers,” but they think there is a responsible way to reopen sooner. Disney officials have stated that they don’t want COVID-19 positivity rates to be the only data considered when deciding when theme parks can reopen, and they are advocating for a reopening date in the orange tier so that they  can bring Cast Members back to work and help the local economy recover, as well.

The Disney Parks Chief Medical Officer Dr. Pamela Hymel even won an award for Disney’s pandemic protocol. Dr. Hymel has shared that Disney Parks’ health and safety protocols were developed in consultation with epidemiologists and data scientists while considering guidance from the Centers for Disease Control and health officials.

Still, as Disneyland and Disney California Adventure stay closed for the time being, the California Attractions and Parks Association is looking for answers. CAPA believes Disney can operate their theme parks safely, and the association is calling upon Governor Newsom to share the data that is being used to keep the parks closed.

Walt Disney World Is Open, But Is it Safe to Visit?

Disney points to the reopening of Walt Disney World Resort as a success story, with many of the company’s supporters stating that if Disney World in Florida can operate safely, then Disneyland in California should be allowed to do so, as well. But Governor Newsom’s team said that there were some concerns they had after visiting Florida’s theme parks, and what they learned at Disney World contributed to the decision to keep California theme parks closed longer.

Note that Disney does have a number of health and safety measures in place at Disney World that they have also implemented at Disneyland Resort (Downtown Disney and, once it opens, Buena Vista Street). These include temperature checks and face coverings, limited capacity and reservations required to enter the parks, physical distancing signage, plexiglass barriers where needed, limits to entertainment per CDC recommendations for crowds and gatherings, and more. Disney has also shared that 80% of Guests are happy with this pandemic protocol.

But still, is it safe to visit Disney World — or any theme park, for that matter — in the middle of an ongoing pandemic?

Dr. Mark Ghaly shared that he and the rest of Newsom’s team are impressed with a number of the safety protocol implemented at the theme parks in Florida, pointing to the management of lines as an example. But Dr. Ghaly also shared that there are some areas that are still of concern, including the level of different Guests mixing with one another, even, at times, without masks on.

Disney and Universal officials stated that they were expecting to collaborate with California officials after the parks provided tours of Disneyland Resort in Orange County and Universal Studios Hollywood in Los Angeles County. But given the fact that the guidelines were still released by the state, it seems as though the concerns regarding theme park operations amid a pandemic had outweighed the benefits of reopening them.

Reports continue to come to light regarding COVID-19 and Florida theme parks. It has been shared that there have been no major outbreaks of the virus linked to Walt Disney World since the parks reopened in mid-July. But many believe that without contact tracing, there isn’t a way to prove that nobody has contracted COVID-19 from visiting a Disney Park. And because there is no guarantee that every person visiting a theme park is COVID-free, many people still hold the opinion that theme parks shouldn’t be operating at all right now.

Visiting a Theme Park is Still a Risk

Right now, Disney and others are urging Governor Newsom to go back to the drawing board and reconsider reopening large California theme parks in the orange tier. But at the time of this article’s publication, it seems as though Disney is going to have to work with the guidelines they have and find other ways to cater to Guests and bring Cast Members back to work while the parks can’t fully reopen.

And over in Disney World, there haven’t been any signs of the parks re-closing. Disney World theme parks reopened amid a huge surge in COVID-19 cases in Florida, and Governor Ron DeSantis has indicated that he believes the parks should be able to operate as they did pre-pandemic, without COVID-19 restrictions (like limited capacity) in place. Disney is still following CDC guidelines, however.

The theme parks of Walt Disney World Resort are open. Downtown Disney at Disneyland Resort is open. Disney California Adventure will soon partially open for shopping and dining only. And COVID-19 continues to spread. So the question Disney fans may want to ask themselves — instead of whether or not it’s safe to visit — is whether or not they think it’s worth the risk.

Being a Disneyland local who lives in Southern California, I have made the choice to visit Downtown Disney several times since it reopened in July. And I plan to visit Buena Vista Street in DCA when it reopens this month. I am thrilled that Disney is offering these shopping and dining experiences while the Disneyland Resort parks remain closed for the time being. But I also know that every time I leave the house and go to a public place, I am taking a risk of getting COVID-19.

I, like many others, am highly impressed with the health and safety protocol that Disney has in place at all of their properties. But I also know that following these rules doesn’t automatically make someone immune to COVID-19. Having my temperature checked and wearing a mask, like every other Disney Guest, does not mean that I will not get COVID-19, or that I cannot give the virus to anyone else.

As Disneyland Resort hopefully expands its offerings amid this ongoing pandemic, I will continue to be thankful for the magic and happy for all of the Cast Members who are being called back to work. And as a local, I will visit when I am able to. But I also know it’s still a risk — and I can only hope others acknowledge that, as well.

What do you think? Should theme parks be open right now? Is it safe to open Disneyland? Should Disneyland have opened a long time ago? Leave us your thoughts in the comments below.

Editor’s Note: The opinions expressed in this article do not necessarily reflect the views of Inside the Magic overall.