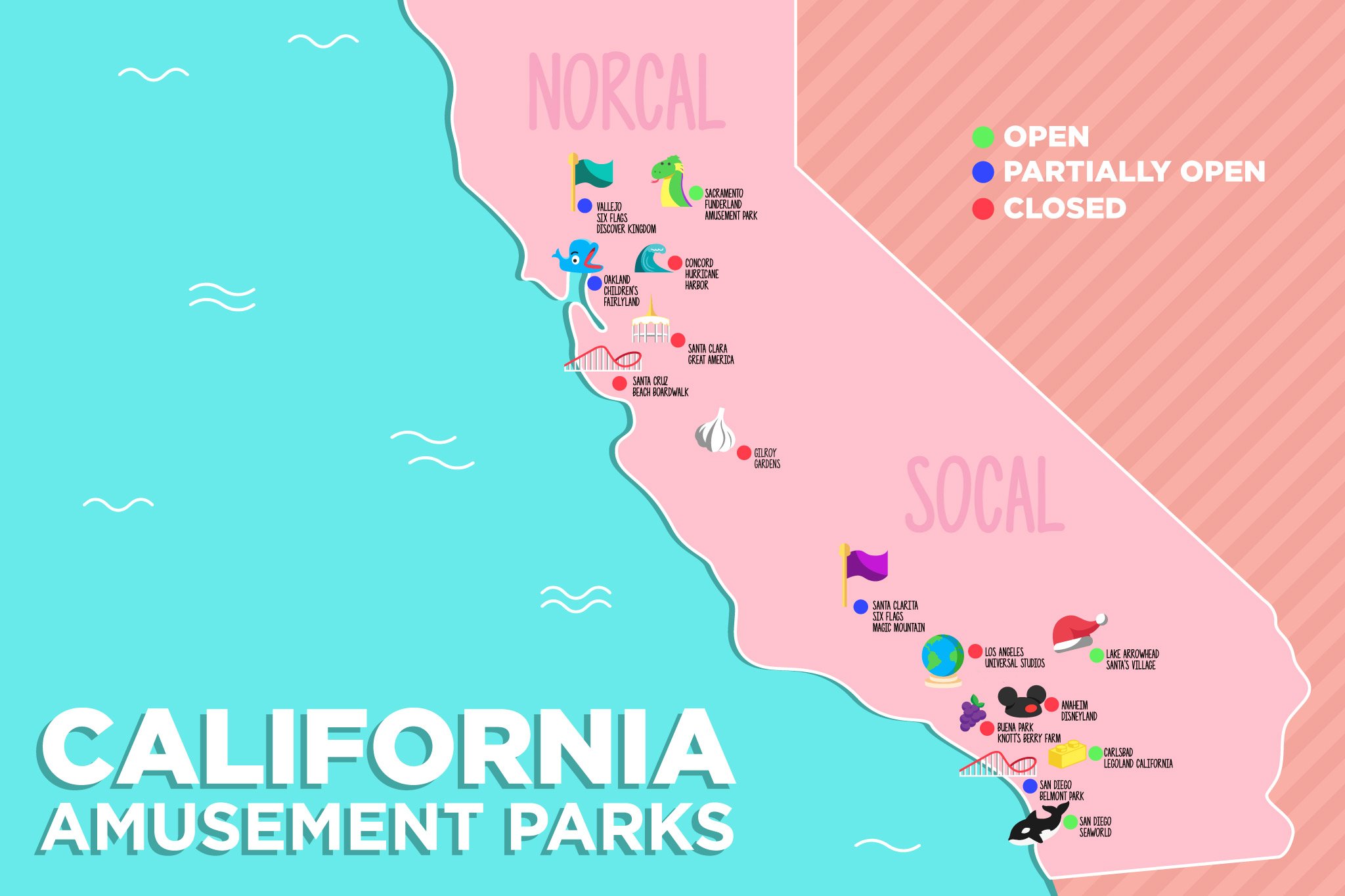 Here are the amusement parks that are still open in California

From Disneyland to Six Flags, California’s theme parks are a much-loved part of life in the Golden State. The pandemic has temporarily closed many of them. But as counties move from tier to tier in the state’s reopening guidelines, some have partially opened outdoor facilities to allow for socially distanced entertainment.

That doesn’t mean that you’ll be screaming on a roller coaster any time soon, not even inside your heart. According to state guidelines, smaller theme parks — those with a maximum capacity of 15,000 —  can reopen only if its county is in the orange tier, designating the spread of COVID as “moderate.” Even then, there are stringent rules: only outdoor attractions can be opened; capacity is limited to 25% of the park’s occupancy or 500 visitors, whichever one is lower; and ticket sales are limited to those who reside within the county.

In a sign of how delicate the balance is for amusement park operators, the Santa Cruz Beach Boardwalk was the first park in California to reopen, but it was forced to close again a week later as a spike in coronavirus cases took Santa Cruz County back into the red tier, indicating that there was “substantial” spread of the virus.

Below, we’ve mapped which amusement parks are open, closed, or partially opened in Northern and Southern California. And even when theme parks are closed, some areas with shops or restaurants may still be open to the public.

(Note: This information could change at any time as California’s public health officials announce changes to what businesses can or cannot remain open during the pandemic. Before you head out to a theme park, check on its website to make sure you have the most updated information.)

We have a brand-new Disneyland newsletter! Get insider access to all things Happiest Place on Earth, from historical deep dives to trending park news and beyond by signing up here.