Brett Kavanaugh, circuit judge of the U.S. Court of Appeals in Washington, D.C., is the nominee to replace Supreme Court Justice Anthony Kennedy.

He was also one of three judges who oversaw SeaWorld’s appeal of citations the company received because of the death of killer whale trainer Dawn Brancheau in 2010 when she was drowned and dismembered by a killer whale named Tilikum after a performance.

U.S. Circuit Judge Brett M. Kavanaugh looks on as U.S. President Donald Trump introduces him as his nominee to the United States Supreme Court during an event in the East Room of the White House July 9, 2018 in Washington, DC. (Photo by Chip Somodevilla/Getty Images)

The penalty involved? $70,000… which, well, isn’t much for the life of an individual. It was for the willful violation of Occupational Safety and Health Administration (OSHA) regulations on the part of SeaWorld itself.

After SeaWorld appealed the decision, it went before Chief Judge Merrick Garland (remember him?) and Circuit Judge Judith Rogers. The case was all about how the company safeguards killer whale trainers.

Both Garland and Rogers, in their majority opinion, argued that SeaWorld should have done more to protect employees from workplace hazards.

“There was substantial record evidence that SeaWorld recognized its precautions were inadequate to prevent serious bodily harm or even death to its trainers and that the residual hazard was preventable,” Justice Rogers wrote in the 2014 majority opinion. 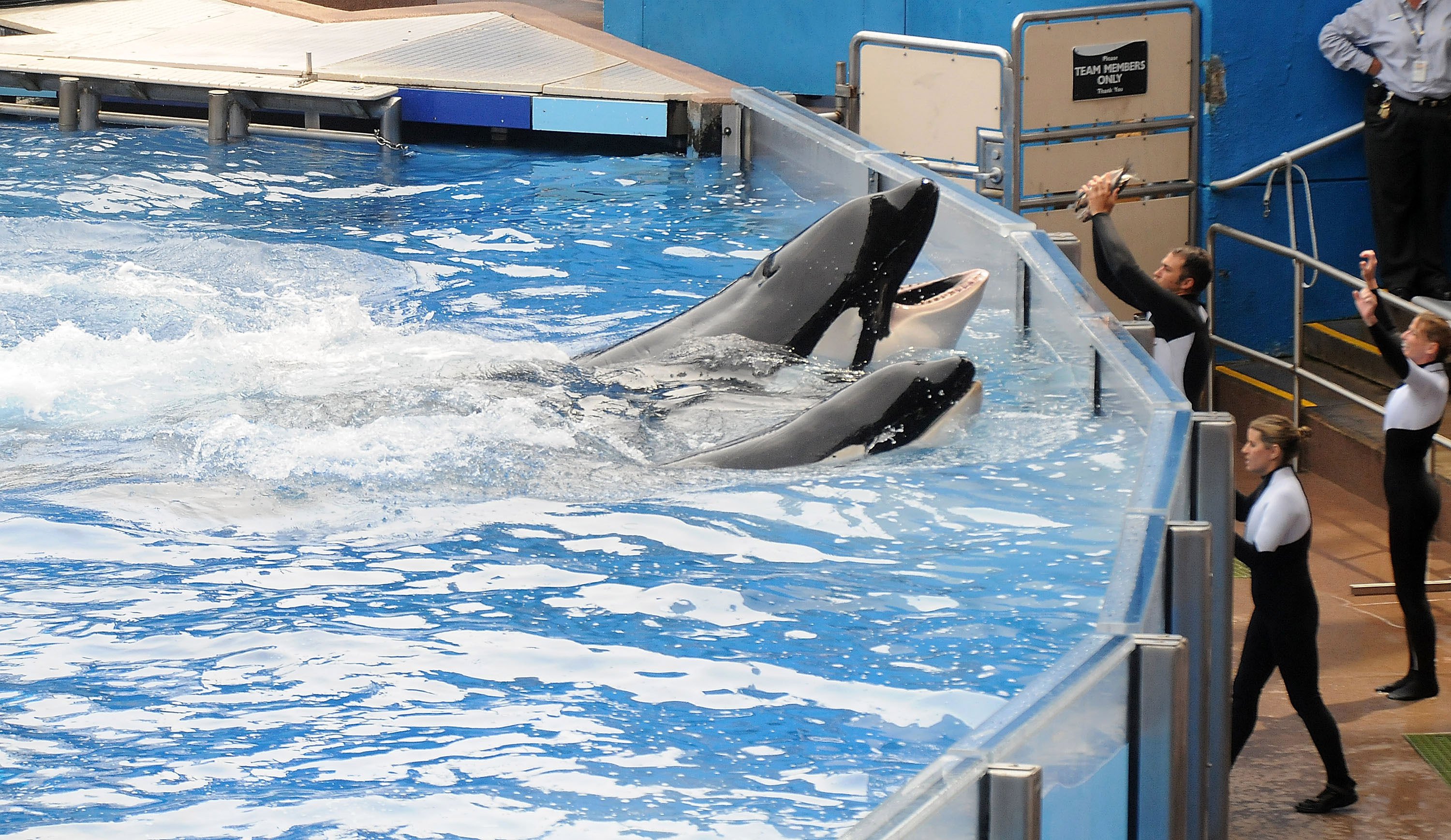 Guests watch an orca display near the exit of SeaWorld February 24, 2010 in Orlando, Florida. This is the third human death associated with Tilikum the whale. (Photo by Matt Stroshane/Getty Images)

In a telling bit about Kavanaugh’s pro-business reasoning, he argued in a dissenting opinion that those who train killer whales were basically no different than professional athletes and racing drivers; basically, their jobs were risky by design, so they deserved no such protection.

His opinion read, in part, that the Department of Labor “Cannot reasonably distinguish close contact with whales at SeaWorld from tackling in the NFL or speeding in NASCAR. The Department’s sole justification for the distinction is that SeaWorld could modify… its shows to eliminate close contact with whales without going out of business. But so too, the NFL could ban tackling or punt returns or blocks below the waist. And likewise, NASCAR could impose a speed limit during its races. But the Department has not claimed that it can regulate those activities. So that is not a reasonable way to distinguish sports from SeaWorld.”

It did not appear in Kavanaugh’s dissent that he considered the fact that this was the third human death that this particular orca had been involved in while in captivity.

Owner & Publisher I've been around since day one. Can't believe we've been together for over 17 years! Thank you for making ThrillNetwork an amazing experience. What an awesome ride!!!
NEWER POSTWhat pops up on the Lost and Found at Dollywood
OLDER POSTDisney Vacation Tips