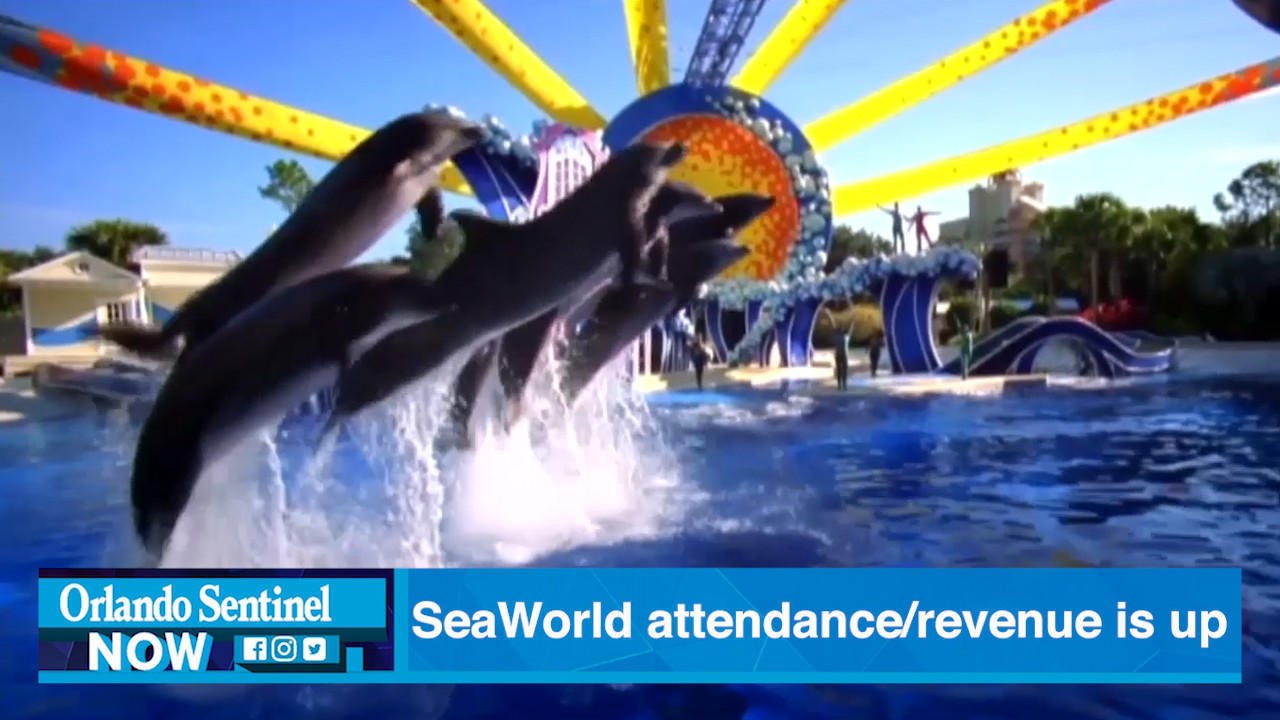 Orlando-based SeaWorld could be sold to Six Flags, report says

Orlando-based SeaWorld would not comment this week on a report that Six Flags is looking to buy it.

Blogger ThemedReality has reported Six Flags Entertainment is in talks to buy all or some of SeaWorld Entertainment’s parks — a portfolio that includes the marquee SeaWorld Orlando, the Aquatica Orlando water park and Busch Gardens Tampa Bay.

The report emerges after SeaWorld posted strong financials for the third quarter in a row Monday. A Six Flags spokeswoman did not return messages for comment Tuesday.

Attendance is up at SeaWorld parks and the $2.2 billion company has said it is investing in new attractions, including Sesame Street land in Orlando.

Charlie Pickering inspects a roller coaster at SeaWorld Orlando in 2017.

Free beer will be back at SeaWorld Orlando in 2019 as revenues, earnings pop »

Six Flags was the seventh largest theme park operator in the world with nearly 31 million attendance in 2017, according to the Themed Entertainment Association/AECOM report.

It’s not the first time sale rumors have swirled around SeaWorld.

More than a year later, that sale hasn’t happened.

SeaWorld is in the midst of turnaround after years of declining attendance as it dealt with the “Blackfish” anti-whale captivity documentary while Disney World and Universal also separated themselves further from SeaWorld in the competition.

SeaWorld is still without a permanent CEO. John Reilly was promoted to the interim CEO position since the previous leader Joel Manby left in February.

The company board is still searching and has not made a decision yet, Reilly told analysts Monday during an earnings call which did not have any mention of a possible sale.

The company is also in cost-cutting mode and trying to run more efficiently, Reilly also said. SeaWorld is looking at each vendor in its corporate office and theme parks to eliminate redundant costs.

The company cut 125 positions in August as part of an effort to save $50 million in expenses.