ORLANDO, Fla. — SeaWorld guests could be sitting in every other row of the stadium to watch orca shows when the parks eventually reopen, the company’s CEO said Friday.

Interim CEO Marc Swanson gave an update Friday on a coronavirus safety plan under development, but no official reopening dates have been announced, the Orlando Sentinel reported.

“We are in regular contact with local, state and federal authorities, and we look forward to opening our parks and welcoming back our guests as soon as it’s safe and permitted to do so,” Swanson said in a news release.

The Orlando-based company, which closed all of its parks in March, suffered a $56.5 million net loss in first-quarter earnings while attendance that broke records in early 2020 then tanked by 31% by the end of the quarter March 31. Revenues fell 30% to about $154 million.

After state officials give approval for theme parks to reopen, it could take two to three weeks before a park is ready to welcome guests, Swanson said. SeaWorld’s technology team is designing ride reservation systems and mobile ordering, although the virtual platforms might not be fully finished when the parks open. The parks could rely on markers, signs and employees giving directions, Swanson said.

Swanson outlined safety requirements for employees, such as wearing masks and getting temperature checks. He didn’t say whether those rules would be enforced for visitors.

With 95% of its employees furloughed without pay, the company is still caring for the whales, dolphins, manatees and other animals. Rescue crews helped more than 350 animals sick or injured in the wild in the first quarter, SeaWorld said Friday. 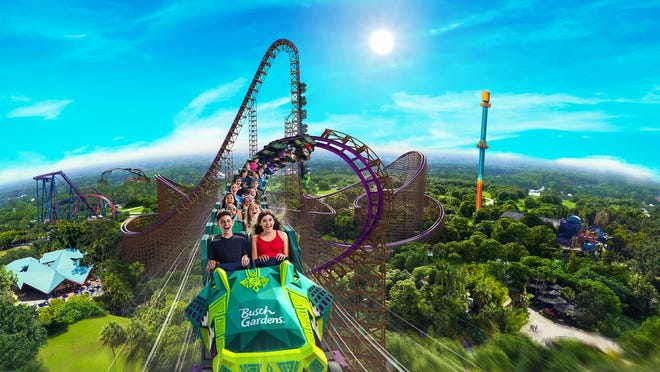