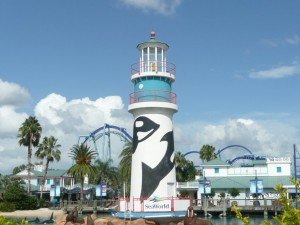 It was reported last week that SeaWorld is still struggling in the Aftermath of COVID-19 Shutdown which isn’t overly surprising. Attendance across its entire group of theme parks fell 81% during the third quarter of 2020 compared to the same quarter of 2019. With attendance caps and the continuing COVID-19 pandemic this was to be expected.

On a positive note attendance improved during the quarter due to the modified Halloween Spooktacular at SeaWorld parks and Howl-O-Scream at Busch Gardens Tampa Bay which actually brought 60% of last year’s attendance. This is impressive considering the current climate.

Orlando Park News has reported on their recent weekday visit that a number of areas either closed early or were closed for the day. It leaves us wondering whether SeaWorld are genuinely refurbishing rides or are trying to cut costs by reducing the number of attractions they are running particularly on week days.

The rides reported as being closed on the day of their visit were Journey to Atlantis and Kraken, although as they arrived just before 3pm it was unsure whether they had been closed for the entire day or had closed earlier in the day. The Sky Tower was also closed along with the ride section of Wild Arctic although the animal exhibit was open.

The areas which were advertised with signage as being closed at 3pm on weekdays were the entire area surrounding Key West and Antarctica. On a positive note, The Glacier Bar including Coke Freestyle machines was open.

Let us know if you have been to SeaWorld Orlando recently and have noticed any closed rides or areas on your visit. With SeaWorld confirming that they have raised additional capital and, as of September 30, have $800 million on hand we are hoping that these early afternoon closures are going to soon be a thing of the past.