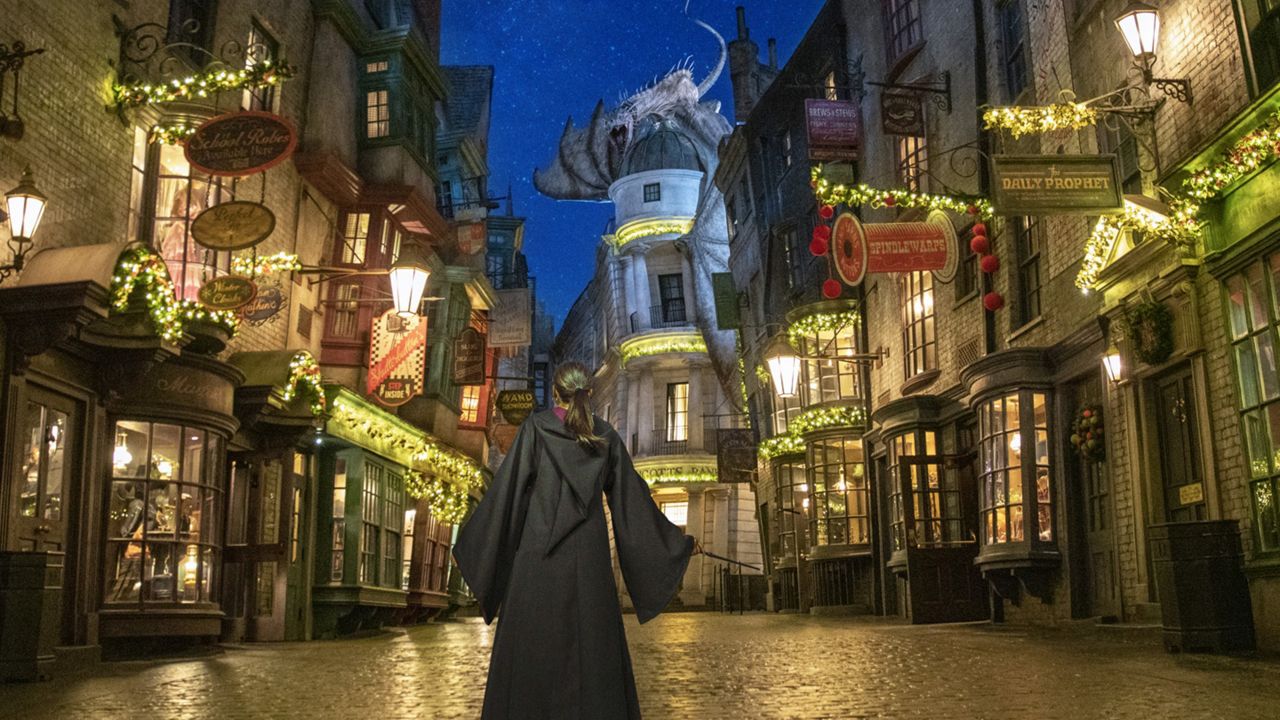 ORLANDO, Fla. – Now that Halloween season is over, Universal Orlando is getting into the holiday spirit.

What You Need To Know

The resort on Friday revealed how it plans to celebrate the holidays this year, with a few new offerings as well as some tweaks to familiar favorites in light of the ongoing coronavirus pandemic.

At Universal Studios Florida, a holiday Tribute Store will be offered for the first time. The store will a variety of new merchandise items, seasonal food items throughout four themed rooms, including one inspired by Dr. Seuss’ The Grinch.

The Macy’s balloons and parade floats will once again be featured at Universal Studios. But instead of the usual parade through the park’s New York area, the balloons will set up along what Universal is calling a “picturesque pathway,” where visitors can get up-close. Visitors will encounter balloons inspired by holiday staples like reindeers as well as characters from “Despicable Me” and “Madagascar.”  Santa Claus will also be there for a “socially-distant” photo-op.

As part of Universal’s Holiday Character Celebration, characters will perform holiday show moments on festive parade floats. Afterward, visitors will be able to take socially-distanced photos with the characters and the floats.

Christmas will also return to The Wizarding World of Harry Potter—the Diagon Alley side at Studios and the Hogsmeade side at Islands of Adventure. Both areas will feature holiday decorations, live entertainment, and of course hot butterbeer, which has already made its return.

Also at Islands of Adventure, The Grinch will make appearances as he tries to find ways “to steal holiday cheer.”

Elsewhere, Universal is offering a Holiday Tree Hunt, with 16-themed trees scattered across merchandise locations in the parks and CityWalk.