Here is a timeline of how we got to modern day roller coasters and thrill rides. As we find out new things, we may update this timeline, so stay tuned!

1817: The first wheeled rides are built in Paris.

1840’s: The first looping coaster is built in Britain and exported to the Frascati Gardens in Paris. The loop has a 13-foot diameter and is at the base of a 43-foot tall drop.

1884: The first switchback railway, the Switchback at Coney Island, New York, USA – is opened. This proved that the general public would pay for the experience of riding in a car down a wooden track.

1884: A few months later, the first switchback railway specifically built for amusement with a complete circuit was also opened at Coney Island.

1885: The first switchback railway to use a chain lift opens in San Francisco, California, USA.

1887: The first ride with a figure-8 design opens at Haverhill, Massachusetts, USA.

1891: The first switchback railway in Europe opens in Blackpool, England.

1891: The first ride with a vertical loop is built. Due to excessive G-forces it closes soon afterwards.

1907: The Drop-the-Dips ride opens, with the first use of a lapbar restraint.

1919: The Jack Rabbit at Clementon, New Jersey opens. It is the oldest ride still residing in its original location.

1924: The Pippin opens at Kennywood, Pennsylvania, USA. It is now called the Thunderbolt.

1924: The Giant Dipper at Santa Cruz, California opens. It is still operating.

1925: The Cyclone at Revere Beach, Massachusetts opens. Due to low patronage, it soon closes.

1927: The Lightening at Revere Beach opens, only to close again a few years later due to its horrific accident rate and low patronage.

1927: The Racer opens at Kennywood. The first coaster with a mobius track layout.

1929: The Wall Street Crash. This marks the end of the first Golden Age of coasters.

1939: Texas Tornado at Frontierland, Morecambe, England opens. It has now sadly been dismantled.

1947: The Phoenix opens at Joyland Park in San Antonio, Texas, USA. It is now located at Knoebels, Pennsylvania.

1948: The Crystal Beach Comet opens. It is now at Lake George, New York.

1953: The first roller coaster built by Togo opens in Japan. The Roller Coaster at Hanayashiki Amusement Park in Tokyo is still operating.

1955: Disneyland opens in California. This begins to stir the public’s interest in theme parks again.

1957: Anton Schwarzkopf builds his first roller coaster. the Düsenspirale. It toured Germany for seven years, then resided at Vienna’s Wiener Prater park for a further four before closing.

1964: Serpent of Fire opens at La Feria Chapultepec Magico, Mexico City, Mexico. The first coaster to achieve a height of 100 feet, it was the tallest ride in the world for over 10 years, and also the third coaster with a mobius track.

1968: The first of the successful Jet Star coasters by Schwarzkopf opens, at Prater Park in Vienna, Austria.

1968: Pinfari open their first coaster, the Himalaya at Luneur park in Rome, Italy.

1972: The second golden age of coasters begins with the opening of the Racer at Paramount Kings Island, Ohio, USA.

1975: The first corkscrew roller coasters open. They are all located at parks in the USA – California’s Knotts Berry Farm, Illinois’ Old Chicago and Tennessee’s Opryland.

1977: First shuttle loop opens at Paramount Kings Dominion, Doswell, Virginia, USA. It was dismantled in 1986, but then appeared at Alton Towers in England briefly in the early 1990’s. It is now located at Hopi Hari, Sao Paolo, Brazil.

1978: Revolution opens in Blackpool, the first ride in Europe with an inversion.

1978: The first coaster on mainland Europe with an inversion opens – the transportable Looping Star, made by Schwarzkopf and operated by German showman Oscar Bruch.

1980: Corkscrew opens at Alton Towers, England, the first coaster in the park. It also marks the beginning of the UK theme park boom.

1981: The first suspended roller coaster, the Bat, opens at Kings Island. It is now dismantled.

1982: The first of Vekoma’s boomerang coasters is built at Reino Aventura, Mexico City, Mexico. This is also the first ride with six inversions.

1984: Giovanola open their first coasters – the Sarajevo Bobsleds at Six Flags Great Adventure and Six Flags Magic Mountain, and the Screamin’ Delta Demon at Opryland. The latter is now in storage whilst the other two have been relocated to the Great Escape park in Lake George, New York, USA and Six Flags Over Texas, Arlington, Texas, USA, respectively.

1988: Shockwave at Six Flags Great America opens. The first coaster with seven inversions, it was dismantled in 2004.

1989: Goudurix opens at Parc Asterix, Plailly, France. It is the first coaster in Europe with seven inversions.

1991: RCCA open their first coaster, Pegasus, at Efteling in the Netherlands.

1991: The Ultimate opens at Lightwater Valley, England. Until recently the world’s longest roller coaster at 7452 feet.

1994: Shockwave opens at Drayton Manor, England. The first, and currently only, stand-up roller coaster in Europe.

1994: The Pepsi Max Big One at Blackpool then steals this crown with a height of 235 feet.

1995: Dragon Khan opens at Port Aventura, Tarragona, Spain. It is the first coaster with eight inversions.

1996: Fujiyama at Fujikyu Highlands, Japan, becomes the tallest coaster at 259 feet, as well as having the greatest drop at 235 feet.

1996: One of the most unusually located roller coasters opens, the High Roller atop the Stratosphere Tower in Las Vegas, Nevada, USA. It is 1149 feet above street level.

1997: Superman: The Escape opens at Six Flags Magic Mountain. It is the fastest roller coaster at 100mph, and also the first to utilise LIMs for propulsion.

1997: The first Vekoma Inverted Boomerang coaster – known as an Invertigo – opens at Liseberg Park in Sweden. Called Hang-Over, it was closed in 2002.

2000: Millennium Force opens at Cedar Point, at 310 feet high. It is the first coaster with a circuit to exceed 300 feet; it also now has the greatest drop at 300 feet.

2000: Son of Beast opens at Kings Island. It is the first wooden coaster since the flip flap railway to contain a vertical loop. It is also the tallest, fastest and highest dropping woodie at 218 feet, 78 mph and 204 feet respectively. Also, due to the height, the first wooden hypercoaster.

2000: The first flying coaster, Stealth, opens at Paramounts Great America, Santa Clara, California, USA. It closed in 2003 and was moved to Paramount Carowinds in Charlotte, North Carolina, USA, where it is called BORG Assimilator.

2000: Steel Dragon opens at Nagashima Spaland, Nagashima, Japan, and sets four new records. The tallest at 318 feet, the longest at 8133 feet, the fastest circuit coaster at 95 mph as well as the one with the greatest drop at 307 feet.

2001: Europe’s tallest and fastest wooden coaster opens. Colossos at Heide Park in Soltau, Germany is 190 feet tall with a top speed of 74mph.

2002: Colossus opens at Thorpe Park in Surrey, England. This coaster is the first to contain 10 inversions.

2003: Top Thrill Dragster opens at Cedar Point, Sandusky, Ohio, USA. It becomes the world’s tallest coaster at 420 feet and the fastest at 120 mph.

2003: Vild-Svinet opens at BonBon-Land in Denmark. It becomes the world’s steepest coaster, with an initial drop of 97-degrees.

2004: The first Vekoma motorbike coaster, Booster Bike, opens at Toverland in the Netherlands.

2005: Kingda Ka at Six Flags Great Adventure in jackson, New Jersey, USA becomes the tallest and fastest coaster with a height of 456 feet and a top speed of 128mph.

Special Thanks to Andrew Rathe for providing the initial copy of the timeline. 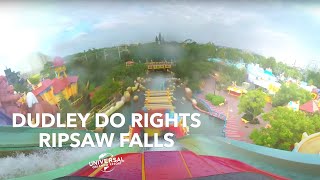 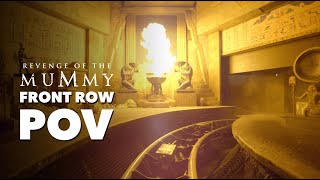 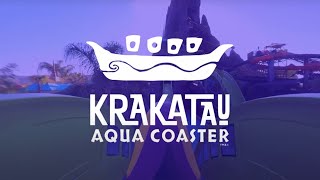 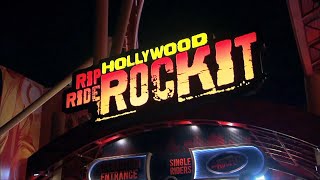