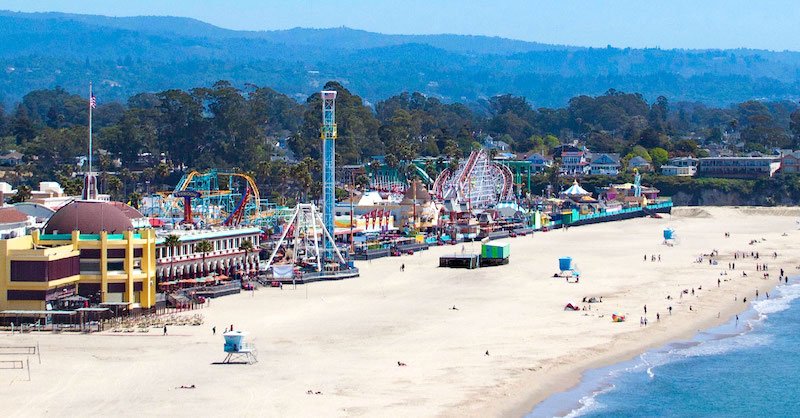 Beach Boardwalk is first amusement park to reopen in California

The amusement park is reopening on November 7 after Santa Cruz County moved into the ‘orange’ tier under Governor Gavin Newsom‘s Blueprint for a Safer Economy (via The Sun).

Modifications in this tier include limiting capacity to 25 percent or 500 people, only opening outdoor attractions, and enforcing advance reservations.

However, larger theme parks such as Disneyland and Universal Studios Hollywood are unable to reopen until the respective county is in the ‘yellow’ tier.

Santa Cruz Beach Boardwalk will be offering a selection of outdoor arcade games, as well as limited F&B and retail options. Boardwalk Bowl and Buccaneer Bay Mini Golf are also opening on November 7.

Santa Cruz Beach Boardwalk will be the first attraction in the state to feature operating roller coasters, including the Giant Dipper and Undertow.

Disney has reopened parks in Tokyo, Shanghai, and Hong Kong . However, Disneyland is still closed in California and Disneyland Paris temporarily shut in France.

Disneyland recently fired back after California released restrictive new guidelines under which theme parks in the state could reopen with modifications amid COVID-19.

California theme parks are also exploring legal action in order to pressure the state into allowing them to reopen, revealed during a virtual press conference held by CAPA.