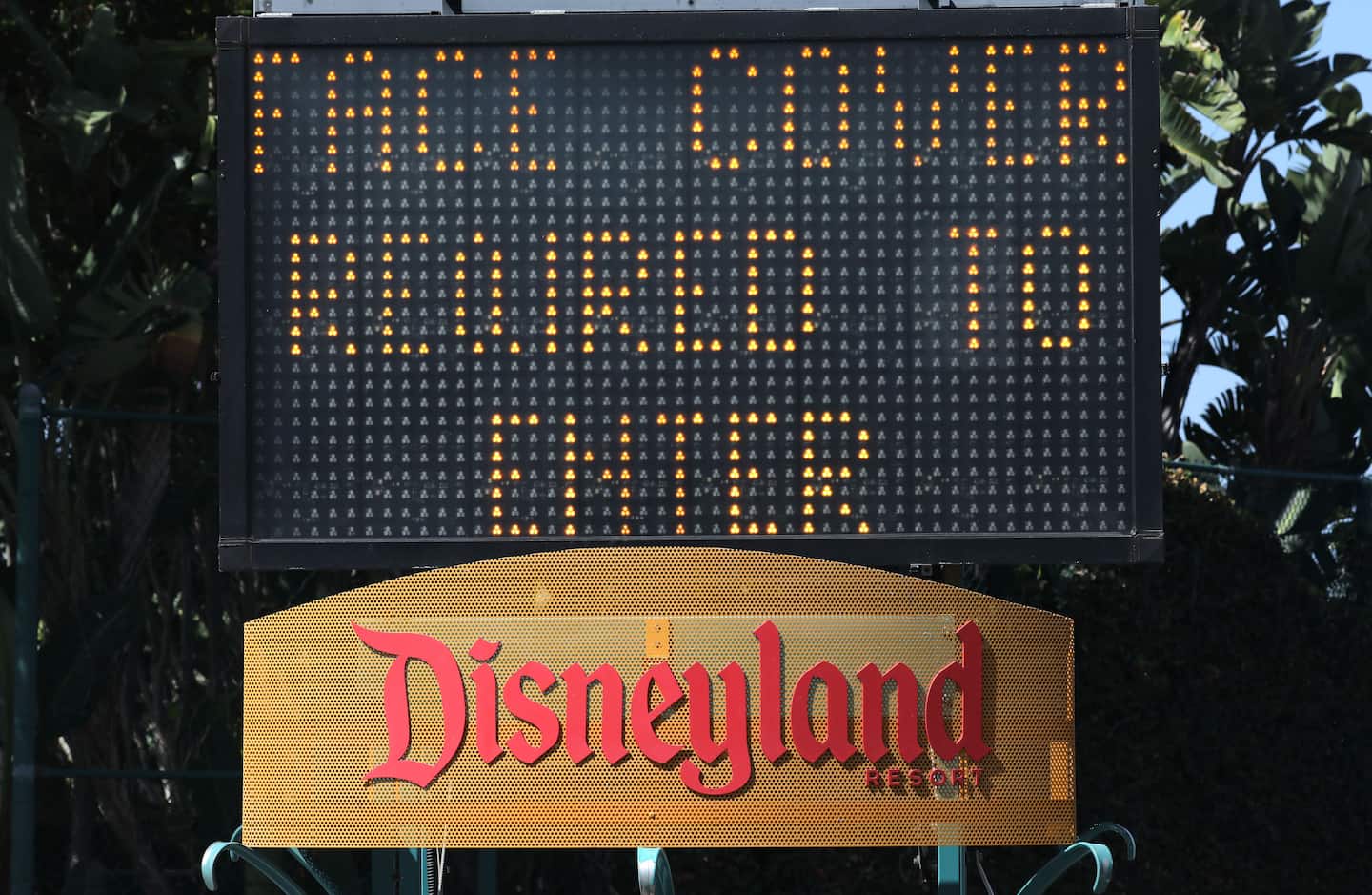 Disney lays off 28,000 as coronavirus slams its theme-park business

The company did not reveal what percentage of its workforce that entailed, but it’s believed the U.S. theme parks employ about 200,000 people, which would make the layoffs a workforce reduction of 14 percent.

Disney parks in California remain closed while Florida parks, which reopened in July, have been underperforming.

The company had furloughed 100,000 employees worldwide at the height of the lockdowns in the spring. Many were brought back when Walt Disney World reopened this summer.

Theme parks have taken the brunt of the toll as the virus has limited or scuttled public gatherings. In the most recent April-June quarter, Disney’s theme-park division reported less than a billion dollars in revenue, after taking in nearly $7 billion in the same period in 2019. The division posted a loss of $2 billion over the period.

Business has not significantly picked up since. On an earnings call in August, Bob Chapek, the Disney chief executive who previously ran the theme-park division, acknowledged that its Walt Disney World locations in Central Florida have not seen the traffic executives had hoped for when they reopened in July. The parks, he said, had undergone a “higher-than-expected level of cancellations.”

In response the company cut back the parks’ hours. Walt Disney World in particular relies on travel from other states. Airlines are preparing to cut 35,000 jobs this week as people ground their travel plans.

The layoffs came as the company prepared to end its fiscal 2020 on Wednesday; the timing, some Wall Street analyst believe, is not coincidental as Disney seeks to shore up its expenses heading into a new period.

In a statement Tuesday, the company partly pointed the finger at California Gov. Gavin Newsom (D), who has kept bans on large public gatherings in place in his state. The situation, it said, was “exacerbated in California by the State’s unwillingness to lift restrictions that would allow Disneyland to reopen.”

The comment is an about-face from a perceived coziness between Newsom and the company’s leaders, including executive chair Bob Iger, at the start of the pandemic. Newsom for a short time exempted Disneyland from the restrictions and called the parks a “nation-state” in explaining the leniency.

Disney is eager for a California reopening because the parks there do not rely on outside travel nearly as much as its Florida business.

Newsom, though, warned several days ago of another infection surge and said a further lockdown of businesses could be coming if matters do not improve; he also said school reopenings could be affected.

At least one expert believes that Disney’s announcement Tuesday was as much a leverage-seeking move aimed at Newsom as it was a substantive reduction.

“Everything Disney does is for a strategic reason,” said Scott Smith, a professor at the University of South Carolina’s College of Hospitality, Retail and Sport Management who closely follows the theme-park industry.

“If a lot of these are people part timers who are very seasonal and they’re just not having their hours picked up, it may not be as drastic as it sounds. But it grabs headlines, and that’s useful to Disney,” he said. “Because they want a plan from the governor of California so they can at least get started with reopening. It puts some subtle pressure — or not-so-subtle pressure — on him to do something.”

The layoffs arrive as Disney faces challenges on other fronts.

The company last week moved all major films out of the 2020 calendar, with the earliest rescheduled for May. The film studio has not seen major layoffs yet.

In the meantime, the company has been feverishly trying to stir up revenue elsewhere. On Tuesday and Wednesday, it was scheduling press calls to promote its new season of shows on ABC, which begin airing next month. Among the first networks to jump back into production after a coronavirus hiatus that stretched from the spring into the summer, ABC”s new programming, the company hopes, will draw much-needed advertising dollars.

Meanwhile, Disney’s parks in other countries, including France and China, remain open, with the latter experiencing an increase in capacity in recent weeks.

The news also comes at a tense moment for the U.S. economy.

The jobs market has been rebounding since its nadir in the spring, but concerns continue to grow about the potential for a second contraction. Economists have been warning for months about the damage yet to come from both the continuing march of the virus and the expiration of the generous government benefits that helped support families and companies earlier in the pandemic.

The September unemployment rate, 8.4 percent in August, will be released on Friday. The leisure and hospitality sector has been one of the most hard hit during the pandemic, with employment down more than 20 percent in August compared with the same month in 2019.

Eli Rosenberg contributed to this report.