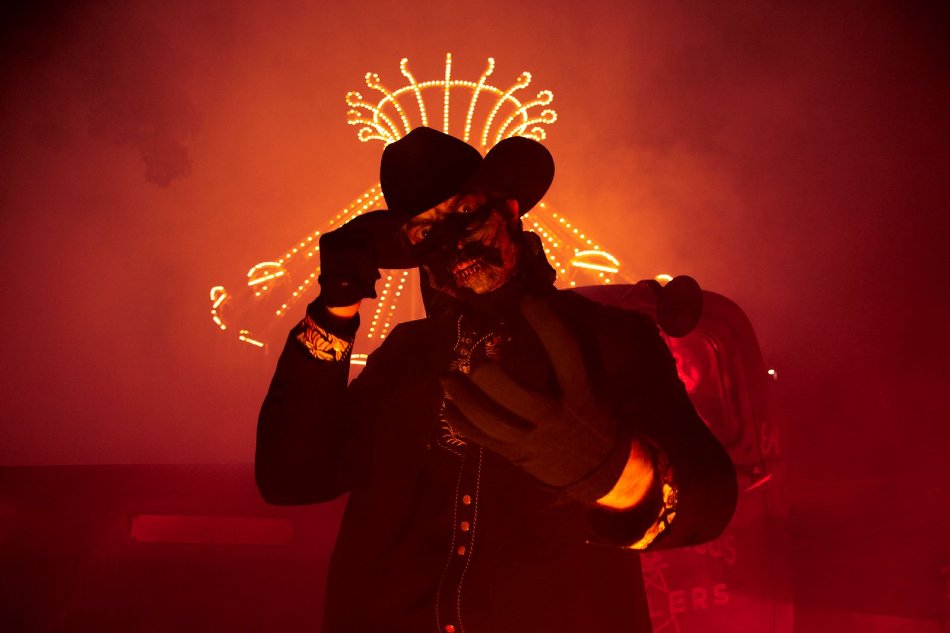 Six Flags Over Texas, the Thrill Capital of Texas, announces that Fright Fest® will return for the 2021 season this Saturday, September 11 with its longest, most terrifying event in the park’s 60-year history. The event features a 30-night, terror-filled run weekends and select days through October 31.

“This year, we’re rolling out all the stops, with innovative new haunted houses, entertaining shows, and the longest Fright Fest run in our park’s history” said Six Flags Over Texas Park President Ron McKenzie. “When North Texans are looking for the best value for scares this Halloween season, they need look no further than Fright Fest at Six Flags Over Texas,” added McKenzie.

Before the terror begins, Fright Fest presented by SNICKERS® features Thrills by Day with daytime experiences for the entire family, including the all-new Dead Man’s Wharf and Looney Tunes Spooky Town where younger park guests can enjoy trick-or-treating and character interaction. The park’s Casa Magnetica, which re-opened this season after a decade, will pay homage to Día de los Muertos with a special overlay of this tilted house attraction.

Each evening, its Fright by Night as the fear is unleashed with six haunted houses, three terrifying scare zones and roaming hordes of zombies and sinister souls wreaking havoc throughout the park.

Three scare zones will leave guests with nowhere to hide:

Six all-new shows will have guests screaming for more:

In addition to the 45 rides and attractions at the park, guests can experience frightening updates to some guest favorites, including:

Fright Fest admission is included with a one-day ticket, Season Pass or a Six Flags Membership. Haunted houses require the additional purchase of a Fright Pass.

For a limited time, guests can purchase a 2022 Season Pass and visit Six Flags Over Texas for Fright Fest and Holiday in the Park in 2021, plus all of next season. Hurricane Harbor Arlington is open weekends through September 26. For more information, including operating day and hours and to purchase tickets, visit www.sixflags.com/overtexas and www.sixflags.com/hurricaneharbortexas.

NEWER POSTHow to Survive Any Haunted House, According to the Experts
OLDER POSTAs L.A. COVID cases dip, why is there a new vaccine mandate?