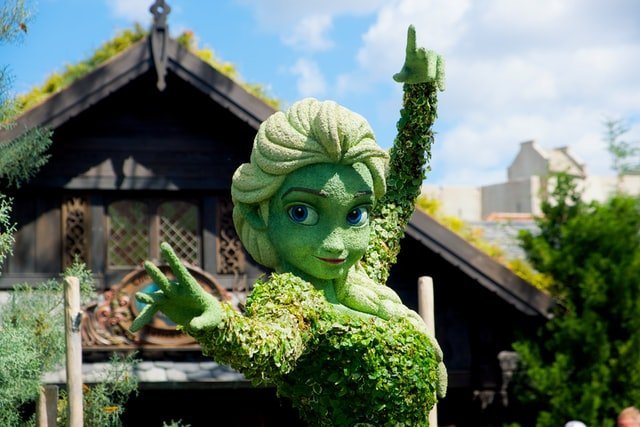 It’s time to work out some of that pent up frustration that’s built up over the last six months with some good, old-fashioned chuckles at the expense of certain behaviors we come across in the Disney Parks. That’s right, you guessed it; it is time to play the next round of Five People You Don’t Want to be at Disney Parks. The game where we pinpoint infuriating actions we come across in the parks and poke some light-hearted fun to diffuse a frustrating situation into a bit of a giggle.

If you are new to our therapy group, check out the previous session notes below. If you know your way around this meeting of the minds already, feel free to skip ahead to the action.

Now that we have that covered, assume a comfortable position, and let’s get started.

We’re walking, walking, and are STOPPING SUDDENLY RIGHT IN THE MIDDLE OF THE WALKWAY. If you have ever been part of a fast-paced crowd only to have someone with a stroller jerk to a screeching halt in front of you, then you have met The Stroller Stoppers. No pulling off to the side or slowly stopping with a glance behind to make sure the next person can avoid walking into them; just coming to a dead stop with zero notice. If the crowd’s momentum doesn’t stop in time and you make physical contact, you’ll be sure to receive a judgmental glare as though it is entirely your fault. Perhaps even some harsh words.

But what could such extreme action be the result of? Is there a child in the stroller distressed or hurt in some way? Nope, it’s usually just a split-second decision to casually rifle through that backpack or pouch under the stroller for the last of the popcorn or another trivial item. Most times I have encountered this, there isn’t even a child in the stroller at that moment.

Pushing a stroller at Disney is a challenging job; I will give you that. There is a lot of ducking, weaving, and quick-thinking involved to avoid the masses, and none of us get it right 100% of the time. If you think you might be unfairly tarred with this brush, I can assure you that you are already using more consideration than the Stroller Stroppers would.

There are no apologies for the accidental collision or thinking about those behind them. It’s a complete disregard for all around you in a large, fast-moving crowd that will earn you this title.

Have you ever been in line, enjoying the ambiance of the parks, the laughter of children, the music piped strategically through the different stages of the queue, when your thoughts are interrupted by the harsh, crackled audio blaring from a phone or iPad behind you?

You take a moment and think, ok, maybe that is a video message or FaceTime, neither of which require max volume, but it will be short-lived, so you give it a pass.

Before long, you realize that the tool behind you is watching a montage of the opening “comedy” sequences from every Seinfeld episode ever made. You’ve met the Device Watcher, not to be confused with the Device Zombies from our last meeting.

People who watch TV shows, YouTube clips, or movies, with the sound blasting in lines or small spaces, should be sent home. Yes, my tolerance is low, but you’re in Walt Disney World; I think Netflix can wait!

The character line. Ah, a source of immense frustration at the best of times. Will they stay in one spot long enough to greet you, or will Woody need to go and feed Bullseye right before it is your turn to say howdy? You never do know, but as soon as you see them coming, you jump in that queue anyway, hoping to get a moment with your child’s favorite character. That is, unless you are The Character Line Cutters.

Instead of getting into a long line of guests, The CLC crowd at the front, their children poised in front of them, ready to be pushed in ahead of the next waiting in line. They pretend to be oblivious to the thirty parents and children waiting in the hot sun to meet and greet before them. With a smile for the cast member, they’re hoping it will be assumed they were next in line as they stand obnoxiously close and slightly in front of those waiting patiently.

Now, most likely, they will be instructed to move to the back of the line. But occasionally, this ruse will be successful, and they are ushered in ahead of everyone waiting because their pushing-in went unnoticed. If you are a headstrong parent like I am, you might even, very politely, let them know where the end of the line is at that perfect moment that the cast member overhears. However, the real heartbreaker is the child this person has with them. You can’t help but feel sorry for the kid that doesn’t understand what is happening, being pushed to the front and then dragged to the back; after all, it isn’t their fault.

We’ve covered this one before. Nobody. Likes. Wearing Masks. True story. Whether you are for or against the science behind them, I guarantee you, no one is wearing them for kicks. They are not the latest and greatest fashion accessory by choice; we are all frustrated and uncomfortable. So, when you are stuck in a line, somewhere near the Masked Debator, listening over and over to all their best bullet points on what an injustice it is to be forced to wear one, you’re entitled to an eye-roll or two.

This argument-loving character is the one that will need to be told multiple times by cast members to put their mask back on, usually in situations where there is no confusion that one needs to be worn. They will be the one that complains when their unmasked attraction photo hasn’t been loaded onto their PhotoPass – even though they know the rules. Last but not least, they will refuse to just agree to disagree and just zip it.

We all have a little moment of complaining now and then, but taking it out on cast members and fellow guests doesn’t equate to a magical day at Disney for anyone, including yourself. Dial it down a bit and just chill.

No doubt this one will have somebody up in arms; just hear me out before you react. We’ve all had that moment where you’ve accidentally walked through someone’s line of sight when taking a photo. If you notice, you usually stop short or, if realizing that second too late, you might duck your head and apologize. If this describes you, you do not, repeat, NOT, qualify as The Walkthrough Photobomber.

To earn this badge, you need to see that someone is taking a photo in your path and refuse to stop even for a moment, simply because you shouldn’t have to. The five seconds it will take these fellow guests to capture a moment of happiness is an inconvenience, so you plow right through their photo as if it weren’t even happening.

We get it; you have your agenda. You care not for anyone else. That said, part of the Disney spirit is not only your enjoyment but the excitement and happiness of others that you absorb by some magical osmosis. It seeps into your memories to create that air of enchantment we know and love. So keep your cool and stop for five seconds; I promise you will be ok.

Wow, that went quickly. Perhaps it comes in handy that we are wearing masks these days, and the words I mutter under my breath aren’t able to be lip-read.

Before anyone gets their knickers in a knot, keep in mind the following exclusions:

If you have made it this far, then congratulations. If you are taking it all a bit too seriously and about to get a little keyboard-happy, just remember this is all a bit of tongue-in-cheek. The majority of people in Disney parks are lovely, caring, and considerate people, so these exaggerated gripe sessions are just a bit of fun, not a serious attack on anyone who has ever made a sound on their phone or pushed a stroller.

Got suggestions for the next round of five people? Name and shame below. Stay tuned for a new spin-off of this series, Five People You Do Want To Be in Disney parks, coming just in time to spread the love for Valentine’s Day.