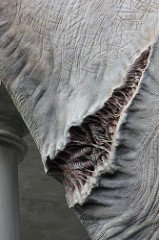 If you are fascinated by the movies and made-in-Hollywood films then a visit to the Universal Studios theme park in Orlando Florida is the golden opportunity to go on thrilling rides based on your favorite movies and to get behind the scenes and see how movies are actually made.

There is a lot on offer at Universal Studios so here is a brief guide to what you can enjoy there.

The first stop for film and movie buffs is probably the Production Central area of Universal Studios. You will find it just beyond the front gates it is a real working film and television production studio. If you are fan of the Shrek series, then be sure to take in the Shek 4D feature. Despite the name it is actually a 3D film, produced in “Ogrevision” and has the standard Shrek cast of Shrek, Princess Fiona, Donkey and Prince Charming.

Universal also combines standard roller coasters with film themes. An example of this is the Revenge of the Mummy ride. The Universal Studios website describes it as follows: “Plunge into total darkness as you face fireballs, scarab beetles, and an army of warrior mummies on a psychological thrill ride totally unlike anything that’s come along in the past 3,000 years!” If that sounds attractive, then be sure to get on this ride.

Speaking about planets, would you like to help the Men in Black protect the Earth from alien threats? If so then do not miss the Men in Black Alien Attack ride. Universal created 120 creepy alien “species” for this attraction, and you get to ride in a six-passenger vehicle that is “armed” with laser guns. When you get in the vehicle you will chase the aliens through the streets of New York City and it is up to you to protect the planet by zapping the aliens.

One of the biggest blockbuster hits of Universal Studios in Hollywood was Jaws, and in Orlando Jaws is brought back to life in a thrilling ride. You get to face the three-ton monster in a flimsy boat and it is sure to get your adrenaline pumping.

There is of course, lighter entertainment at Universal including plenty of outdoors shows. The Blues Brothers Show and the tribute to comedy queen Lucille Ball are two very popular attractions at the park. And if you are looking for entertainment, then be sure to stay around for the night clubs, restaurants and concerts at the CityWalk area of this theme park. CityWalk combines dining, shopping and entertainment venues all in a compact and fascinating “downtown” area adjacent to the other attractions of the park.

All in all, Universal Studios lives up to its reputations as one of Orlando’s major attractions.

Janice McSherry is an Orlando vacations specialist. She is the proprietor of Homes Near Disney ( http://www.homesneardisney.us ) and Florida Vacation Villas (http://www.floridavacationsvillas.com). Visit her websites for deals on Vacation Rental Homes in Orlando.

Owner & Publisher I've been around since day one. Can't believe we've been together for over 17 years! Thank you for making ThrillNetwork an amazing experience. What an awesome ride!!!
NEWER POSTWalt Disney World And Disneyland Money-saving Vacation Tips
OLDER POSTThe Twos Arlington Cities of America
Privacy & Cookies: This site uses cookies. By continuing to use this website, you agree to their use.
To find out more, including how to control cookies, see here: Cookie Policy

What Disneyland Ride Do You Want To Enjoy?

Enjoy the Best Transfer Services at Disneyland with Renowned Firm

How to Enjoy Ohio Amusement Parks and Rides