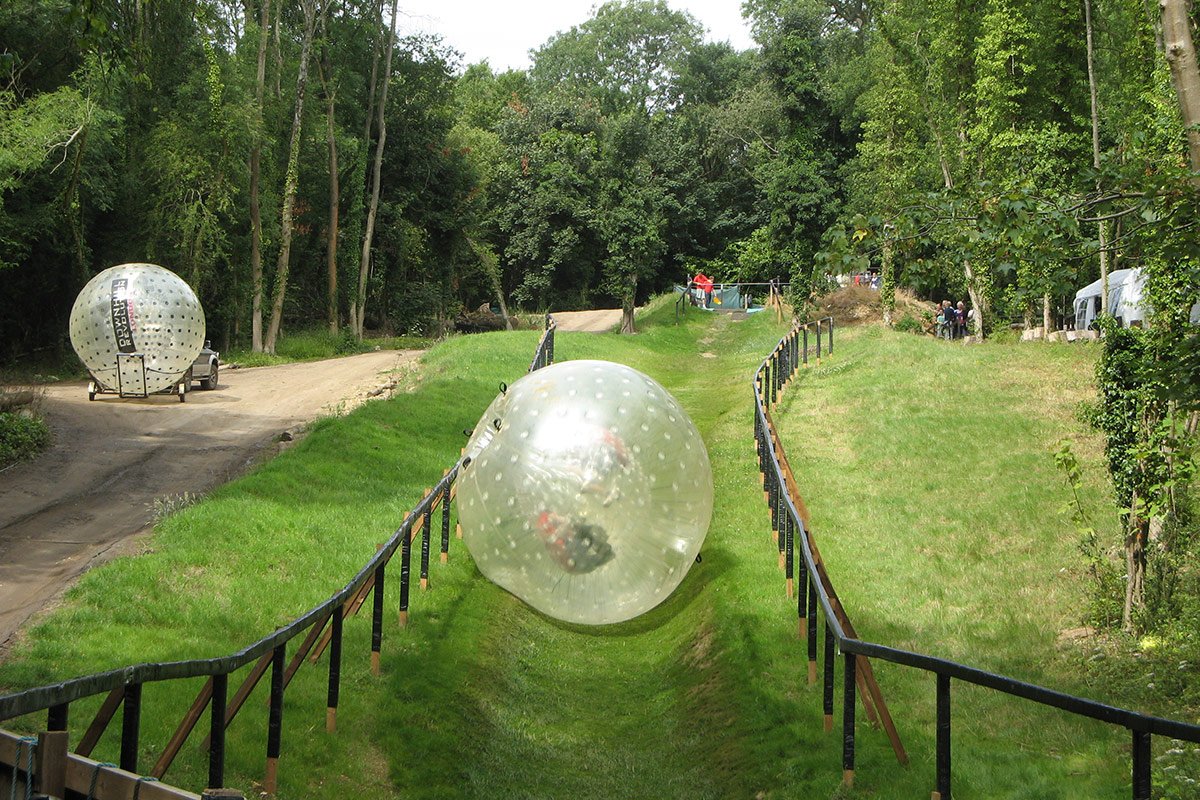 What is Orbing and is it Safe?

A brilliant, new and fun adrenaline thrill ride is sweeping the United Kingdom. The new thrill ride is called Orbing. It is also often referred to as Zorbing and Sphereing. Orbing involves rolling down a steep hill in a gigantic inflatable ball. You are either splashing around inside the ball or flipping literally head over heels.

Orbing involves using a gigantic inflatable ball, inside the ball is another inflatable ball. The two balls are connected by 100’s of different ropes that hold the two together. You are inside the Orb or ball and are then rolled down a steep hill. There is often a course setup for the ball to follow which has twists and turns to provide even more action for the Orb. When Orbing you can reach speeds of up to 30 mph all the while flipping and flopping inside.

Orbing has four different variations for your enjoyment which include: Harness, Aqua, Eclipse and Air Orbing. Harness Orbing involves being strapped to the inside of the orb. You hands and feet are securely fastened to the orb. When you roll down the hill you literally flip head over heels. In Aqua Orbing a bucket of soapy water is placed inside the orb. While inside the orb you splish and splash around while not being secured to the orb. The orb typically rolls down the hill while you slide around on the inside ball. Eclipse Orbing is similar to harness Orbing, however, instead of being able to see where you’re going it’s completely dark. In eclipse Orbing, the orb is covered in a fabric which makes the inside of the orb completely black. You roll down the hill with no idea of any direction. The final type of Orbing is air Orbing. Air Orbing is similar to the other types of Orbing in that you use a ball or orb. However, it is nothing like the other Orbing methods as you don’t actually roll at all. In this case the orb is placed in a wind tunnel. The wind tunnel reaches speeds of up to 150mph. The orb is thrust into the air and floats while you are able to flip, turn and spin inside the orb. A very fun flight indeed.

A very common question that is posed when we tell people about Orbing is, is it safe? Yes, it’s very safe actually. The giant orb is inflatable with many protective layers. You are surrounded by air the whole time which makes it safe. In fact, since one ball is inside the other with an air layer between this operates like a shock absorber and the rider typically doesn’t feel any danger. The biggest danger in Orbing is actually being outside or around the orb. As it is a fairly large ball it can easily knock you over if you’re hit by the orb.

If you are looking for a fun new adrenaline ride consider Orbing. There are plenty of positive review about Orbing and it’s adrenaline rush. Finally, it is offered at a reasonable price considering the costs of other adrenaline adventures.

#DisneyMagicMoments: Give a Round of Ap-paws for These ‘Best in Show’ Disney Merchandise Of-Fur-Ings on International Dog Day