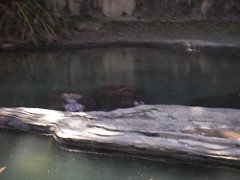 One of the main questions people ask is ‘When is the best time to go to Disney World ?’. That’s a great question – with many answers.

It really depends on a few factors, most especially you – your schedule, time limitations and preferences.

Here are several questions to ask when deciding on a time to go to Disney World.

1) Do You Have Schedule Limitations?

For example, do you have to go when the kids are out of school (March break or in the summer for example)? You may only be able to take vacation from work during certain times of the year.

You may have to coordinate with your family or significant other to agree on a time that works best for everyone.

You may also be going to Disney World for a special occasion like a birthday, honeymoon or a special Disney festival.

In this case, you’re obviously limited to specific times of the year. However, many people do have at least a little bit of wiggle room when it comes to planning their time to go – which leads to the next question:

2) What’s Important to You?

Here’s where it comes down to personal preference. You have several factors when choosing the best time to go to Disney World. The most important factors are:

#1 Price – There are certain times of the year where Disney resorts are cheaper than others. (Ticket prices don’t tend to change throughout the year – although they usually rise with every year).

These cheaper seasons are obviously the less popular times (for example in January when less people are traveling or during the hot and rainy summer season).

If price is important to you, you may want to go around Jan-Feb or July-Sept when resort prices are lowest.

#2 Crowds – Do large crowds bother you or do you feel energized? For most people, crowds can be frustrating.

If you really want to avoid large crowds, be sure to stay away from Disney World during holidays like Christmas, New Years, Halloween, Thanksgiving and Independence Day.

On the flip side, Disney usually has some incredible special shows during these times so if you aren’t too concerned about crowds and want a really special experience, you may want to hit the parks during the holidays.

If having smaller crowds is important to you, you may want to go around mid-January to Feb, Sept and immediately after Thanksgiving.

In January, people are trying to pay off their Christmas bills so they can’t afford to go on vacation. In Sept, kids are back to school. And right after Thanksgiving, people are starting to gear up for Christmas. All these factors make for less crowded parks.

#3 Weather – While almost everyone loves sunny weather – there are certain times during the year that are hotter and stickier than others. There’s also the rainy season to consider if you don’t want to run into storms at Disneyworld.

Choosing based on climate can be a tradeoff. For example, August may be cheaper and have less crowds, but it’s also extremely hot – almost uncomfortably so.

If weather is important to you, you might want to avoid the warmer times and during the rainy season that runs from June to September.

So those are several tips for deciding on the best time to go to Disney World. Again, it really depends on what’s important to you. For most people they find it’s a trade off between crowd levels, price and weather.

Owner & Publisher I've been around since day one. Can't believe we've been together for over 17 years! Thank you for making ThrillNetwork an amazing experience. What an awesome ride!!!
NEWER POSTAdvantages Of Hiring The Service Of An Antonio Charter Bus Company
OLDER POSTWell-Loved Hotels in Ohio {image]
Privacy & Cookies: This site uses cookies. By continuing to use this website, you agree to their use.
To find out more, including how to control cookies, see here: Cookie Policy

Behind the Scenes of Our Super Bowl LII Commercial Shoot

The Best Resorts In Majorca {image]