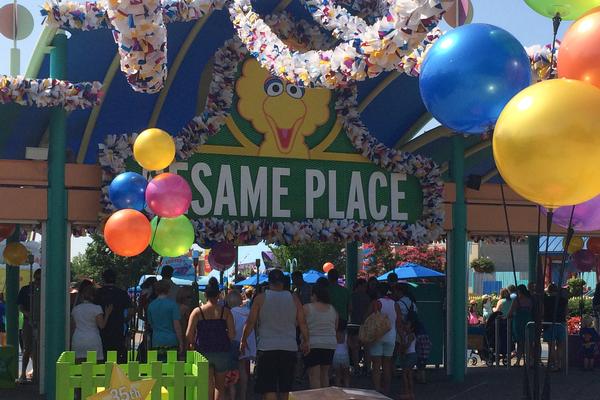 Police are searching for a man and woman who allegedly punched a 17-year-old theme park employee in the face Sunday after the teenager informed the duo of the property’s mandatory facial covering policy.

According to NBC Philadelphia, an employee working at the Sesame Place theme park in Langhorne, Pennsylvania, told an unidentified man and woman entering the facility they would be required to wear a mask during their visit as part of the property’s coronavirus protocols.

At around 5 p.m. ET, the man and woman returned to the area and confronted the 17-year-old employee, shoving him back and punching him in the face outside the Captain Cookie’s High C’s Adventure ride.

The teenager suffered a jaw injury and damaged teeth due to the attack and underwent surgery on Monday at St. Mary’s Medical Center in Middletown. The suspects fled the scene as park security chased them into the parking lot.

Local police said they used surveillance video, park reservations, transaction records and vehicle registration to get preliminary identifications for the duo. While the authorities did not identify the man and woman, they confirmed their vehicle had New York tags and are working with police in the state.

Once formally identified, officers from New York will arrest the suspects and extradite them to Bucks County, Pennsylvania, to face charges.

The entire travel industry continues to face issues with stubborn travelers who refuse to wear their facial coverings, as Delta Air Lines CEO Ed Bastian said the carrier “had well over 100 people that have refused to keep their mask on during the flight.”

Bastian said passengers who refuse to comply with the airline’s health and safety protocols are barred from flying with Delta.