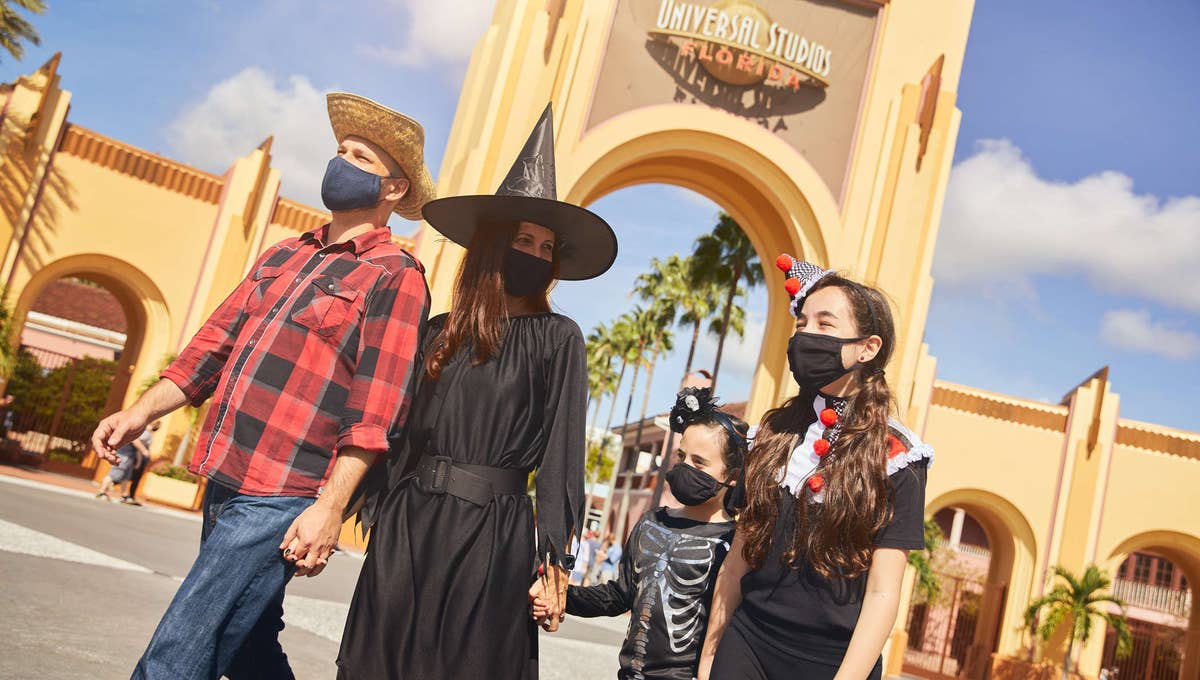 Hello and welcome to this week’s Theme Park News. We’ve got holiday updates, opening dates, new merchandise, and must-see happenings, so let’s get right to it.

HALLOWEEN HORROR NIGHTS IS BACK FROM THE DEAD (SORTA)

After concerns about the coronavirus pandemic that’s still sweeping the nation (Florida especially) prompted Universal Studios Florida to cancel the 30th annual Halloween Horror Nights event, many horror lovers thought all would be lost for their spooky season … until last week’s bizarre display. The Orlando resort began teasing the resurgence of the fan-favorite event, placing an iconic entry sign frame in the park and trolling fans on Twitter before eventually announcing a weekend-long trial run of two of this year’s houses.

To say it was a successful debut is an understatement. Fans debated on Twitter over which house was better, praising both Universal Monsters: The Bride of Frankenstein Lives and Revenge of the Tooth Fairy with rave reviews.

And now, following its dress rehearsal, Universal Studios Florida has made it official: The show will go on. For the weekend of Sept. 26 and 27 and daily from Oct. 3 through Nov. 1, the unexpected seasonal event will offer both haunted houses to park guests. While the full-fledged nighttime event remains canceled, all experiences will now be held during park hours and, for the first time, included with regular park admission.

Both houses are offering Virtual Line reservations to allow for social distancing and limited queues, while “scareactors,” as they’re called around these parts, will be physically separated from guests wandering the houses with strategic plexiglass barriers that allow for scares as well as safety.

With everything being offered during the day, the seasonal offerings are limited but worthwhile for any spook-seeking fan. Universal’s Islands of Adventure will provide trick-or-treating for guests 12 and under at select park shops, while at Universal Studios Florida, participants in the Scarecrow Stalk can earn a festive treat after spotting all 13 frights on a scavenger hunt across the park. (Costumes are allowed at both parks.)

And, in addition to the HHN Tribute Store and its themed food, two new food trucks recently debuted, and Cafe La Bamba turned into a skeleton bar, offering more than just candy to get into the spirit of the season.

It’s not HHN, but then again, it’s not a regular year. Finding a way to provide some spooks while still keeping safety a priority? Call it a Halloween miracle.

Though many (many) fans and reporters thought today would be the day Disneyland announced its reopening, no such word has yet been made public. Still, all signs point to something being announced in the near future, or at least more than before.

Within the past week, the Anaheim mayor pleaded for the two California theme parks to reopen, and Disney Parks held a digital safety presentation during which Josh D’Amaro, who now runs Disney’s theme park division, said the following:

I think we have to talk about the absolute bounty of Minnie ears that have flooded Disney parks as of late? Usually, there will be a few new styles here and there, but the past week has been absolutely packed with new offerings, bringing new meaning to “all dressed up with nowhere to go.”

A supremely sparkly pair with a new style of bow…

And this glimmering purple pair — but that’s not all. There’s also a new blue polka dot pair? And a sequined leopard print pair? And a bunch of berry pairs!? I myself am not a huge “ears” person, but it’s an unignorable bonanza of ’em this season. Perhaps they’re playing catch-up on the merchandise that would have debuted while the parks stood closed earlier this year? Unsure.

Either way, if you’re into Disney wares, well, it’s your time to shine.

With spooky season upon us, there’s only so many Halloweentime kicks we can get safely at home. But this one? Referencing the perfect participants within HHN haunted houses popping out to scare passersby? Ooh, it just hits the right way.

– Walt Disney World will officially reopen one of its water parks on March 7, 2021.

– This steampunk chocolate factory restaurant at Universal CityWalk now has a robot dog.

– The beloved Cadaver Dans are back at Disney’s Magic Kingdom!

– The Walt Disney World Swan and Dolphin will be laying off over 1,100 employees.

– This pumpkin pie krispy treat is calling my name.

– Cannot believe that 2020 is bringing us … this as a new Epcot cocktail.